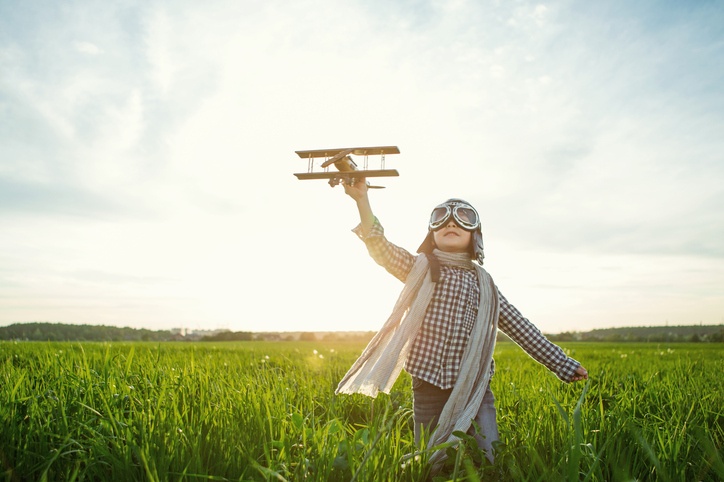 When I was just 12 years old, the local doctor in my small Nebraska town bought an airplane, a Cessna 172, and got his private pilot’s license.  Soon I would see him flying in and out of the local airport, and around our county.  To put it simply, from then on I was hooked on flying.  I just found flight to be endlessly fascinating.

A few years later, my family moved to the bigger town of Columbus, Nebraska where they had a larger airport with a larger flying service complete with flight instructors.  I quickly made a plan and got serious about flying.  As soon as I got my first part-time job at age 16, I started saving up my money.  Flying lessons were relatively cheaper back then, and I think I could buy lessons, at least to the point of my solo flight, for something like $700.  As soon as I had my money together, I signed up.  It was just a couple of months past my 17th birthday.

My instructor, Keith Fraser, started off with the basics of ground school, knowing the aircraft, pre-flight inspection, take offs and landings, engine-out or “dead stick” landings, stalls and other basics.  All my lessons were in a small two-seat Piper Colt, which had a whopping 108 h/p Lycoming engine.  But as a trainer, it was a very good airplane.  The lessons added up quickly, and within just a few weeks, I had accumulated about 6 or 7 hours of flight time.  Most students usually have their first solo flight around 8-12 hours of instruction.  I was just short of 7.

One day in May, I showed up at the airport for another lesson, somewhere around 7 PM.  By that time of year, days were getting longer, so we still had fairly good light for more take-off and landing practice.  Keith and I taxied out and then did about three “touch-and-goes”, a phrase which means three take-offs and landings without stopping between each landing.  You would just land the plane, and once it was down on all three wheels, and still rolling about 50-60 MPH, you just applied full power and took off again.

After our third landing, Keith surprised me.  As we were taxing back to the hanger, he asked me to just drop him off at the edge of the runway.  For a second or two, I was confused. But then Keith said, “Those last three touch-and-goes went really well, and I am real confident you are ready to solo, so go ahead and do a few more touch-and-goes, and I will just watch from here.”  I was taken off guard by this sudden desertion, even shocked.  I thought I would have more warning before I would solo.  But looking back on it, this is probably a common practice.  They don’t want you to have time to think about it, and get all nervous.  I am sure Keith just figured things were going so well that, by doing my solo right away, more take-offs and landings would continue to go well.  I must have felt the same way, because I did not hesitate, and just followed Keith’s instruction.

Now all alone, I taxied the Piper Colt to the downwind end of the Runway 32, then turned it into the mild prevailing northwest wind, and gave it full power.  The plane was livelier without Keith.  Keith stood about 6 feet tall and weighed about 200 pounds.  When I started the take-off run, I quickly noticed two things.  First of all, the Colt was accelerating quicker with Keith gone.  Secondly, the Colt got off the ground noticeably faster.  The plane almost leaped into the air, and quickly I was airborne all on my own.  The Colt was climbing faster with just me in the plane.  I was doing just fine the first 10-15 seconds of flight, but then my nerves must have kicked in because I noticed my right leg shaking.  I decided right away I did not want this kind of distraction on my first solo flight, so with my right hand, I reached down and slapped my right leg as hard as I could.  This did not stop the shaking, so I remember slapping my leg at least three times, and then it seemed to settle down.

By the time I climbed to 400 feet, and made my first left turn onto base leg, my nerves got better, as everything seemed under control.  The Colt was behaving normally, and I think I just started to enjoy the ride and my new freedom.  At 800 feet I remember turning on the downwind leg.  The ride felt exhilarating but also routine and comfortable, and when I got even with the end of the runway, I applied carb heat and eased back on the throttle.  The glide down felt just the same as all the other times during practice.  The turn onto base leg was routine, and I was paying close attention to my instruments.  Again when I lined up on final approach, my height and glide path seem normal and steady.  The first touch-down was a little bumpy, but still a good solid landing.

By the time I went around the pattern for my third landing, evening light was starting to fade, and I landed in what might be called half-light.  Although I did not realize it at the time, landing in twilight or at night is more challenging, as it is harder to judge how far you are above the runway.  Under those conditions, it is very easy to land either “too low” or “too high”, as experienced pilots call it.  That means you either don’t pull up enough just before touch-down, and land too hard, or you stall the plane out a little too high above the runway, and kind of drop the plane on its landing gear.  Either way, it makes for a rough landing.  To my credit, even my third landing was pretty “soft”.

When I got back to the hanger, Keith was pleased with my solo, and he certified me to fly solo from that time on.  Looking back, I can honestly say that my first solo flight and learning to fly were two of the satisfying and proudest moments of my young life.  It was a thrill to get over this important hurdle, a hurdle that each new pilot must conquer.